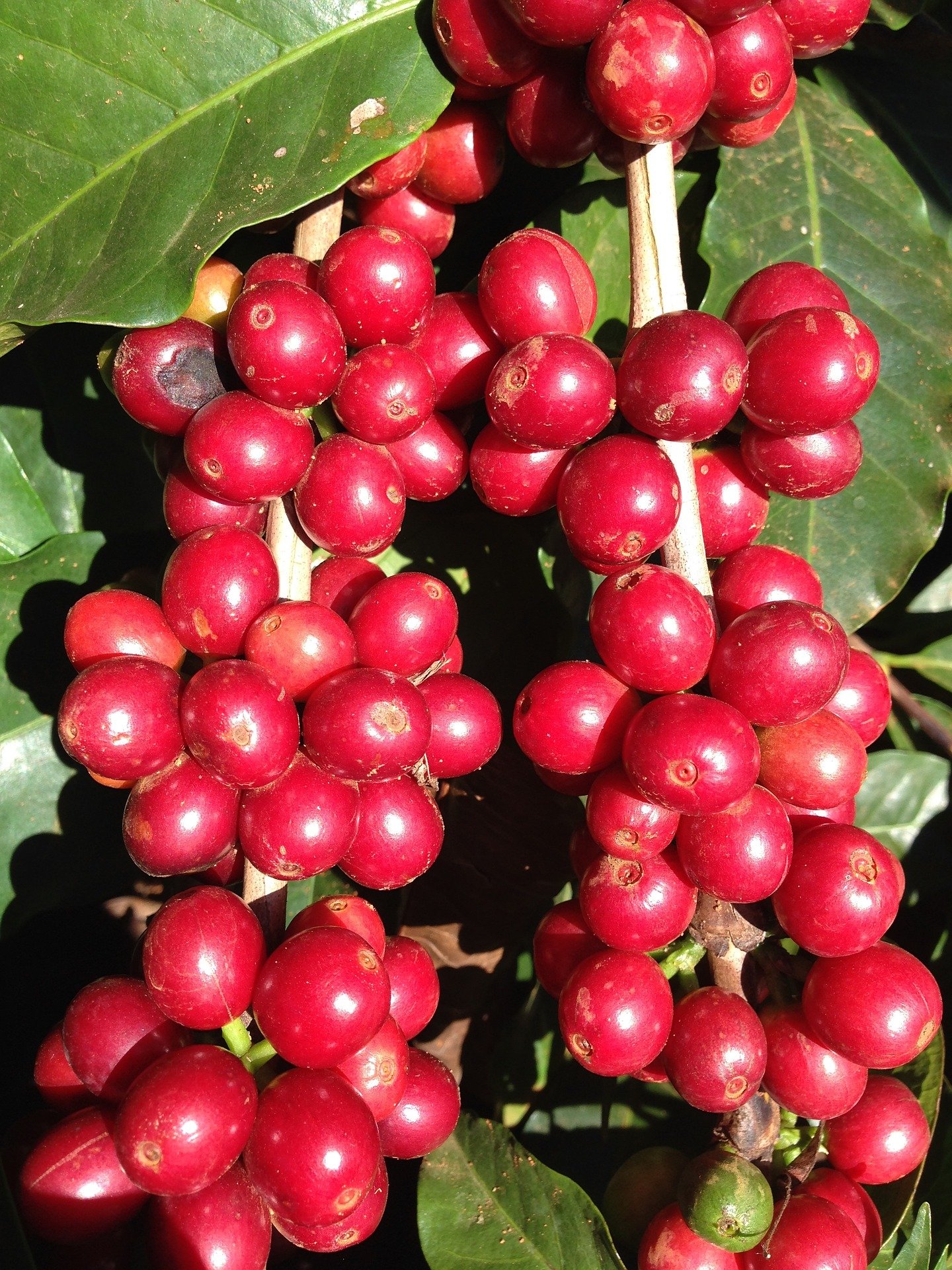 What the Heck is Cascara?

We have a special post from our friends at Triple Bar Coffee. Here is a informative piece by Tyler on Cascara Tea– made from the fruit of the coffee cherry:

In the last few years, a new buzzword has gained popularity in coffee/tea culture: cascara. You may be wondering, “What is this mystical sounding thing and how do I drink it?” Cascara, which means “shell” in Spanish is the outer skin of the coffee fruit.

While most of the stuff we drink tends to be brown, coffee actually begins as a red or yellow berry. This berry, often referred to as the coffee cherry or coffee fruit, grows on the coffee tree. Inside of these cherries is a pit that we know as the coffee “bean.” We call these “beans” because, when they are halved, each seed resembles a bean in size and shape.

The Makeup of the Coffee Fruit

Each coffee cherry is made up of the outer skin, pulp, mucilage, parchment, silver skin, and the coffee bean.

How Coffee is Processed

A lot of processing is involved before a coffee roaster can roast their beans to perfection. When the coffee cherry is ripe, it will turn a red or purple shade. Farmers pick the cherries and then remove the beans from the fruit. This usually involves using a machine to separate the beans by force, but sometimes farmers will leave the cherries out in the sun to dry the fruit off of the bean.

In the past, the coffee cherry has long been considered a byproduct of the coffee growing process. Historically, everything except the bean was discarded or composted and considered to be of little value. Recently, with the surge of environmentalism, savvy farmers and coffee processors began harvesting and processing the fruit with the intention of keeping both the coffee bean and the fruit.

Although cascara comes directly from the coffee fruit, it has nowhere near the amount of caffeine that a coffee bean has. Think more along the lines of black tea. The coffee experts at Square Mile Coffee Roasters did a study of the contents and found that cascara only had around 110 mg of caffeine per liter, while a cup of brewed coffee can range from 400 to 800 mg of caffeine.

The main use for cascara is as tea. I’ve found that when it is steeped like a traditional tea, it produces a wonderfully tart and aromatic drink. If you’re a fan of herbal tea, the scent and flavor of cascara will feel familiar.

Historically, cascara has been used in combination with cinnamon and ginger in a drink called qishir, and though I haven’t tried this variation, it sounds like a great way to literally spice up your drink.

Since cascara is so trendy at the moment, other, more creative uses for cascara like — cascara beer and cascara toddy — are popping all the time.

Aside: Do note that some people vehemently oppose using the word “tea” to describe cascara, and while they might be technically right, nobody should want to be that guy. If you’re expecting anything like coffee when you go to drink your cascara brew, you’ll probably be disappointed.

With cascara being so new to the coffee and tea scene, there aren’t many tried and true recipes for brewing it to perfection. Square Mile coffee suggests using 5 to 7 grams of coffee for every 8-ounce cup of water. Be sure to let the water boil, then remove it from the heat and let the boil reduce before pouring the cup. As with teas, the longer you steep it, the stronger the flavor profile will be.

Other coffee shops suggest using the cold brew method and serving the cascara tea iced. If you decide on this method, be sure to use 6 tablespoons of cascara per 10 ounces of water. You’ll want to let this brew in your refrigerator for at least 24 hours. Once the waiting period is over, just strain the brew to remove the cascara. Then pour it over ice, and enjoy.

Why You Should Try It

The production of cascara is an intelligent blend of environmentalism and capitalism. In the past, the coffee fruit was considered to be a waste stream in coffee processing. By farmers developing a niche around the byproduct, they were able to cut down on waste and improve their bottom line.

Cascara is also great for tea drinkers who want to feel like coffee drinkers. We all have that friend who hates coffee, but whenever it comes up interjects, “But, I like tea!” Now that person can have a guilt-free seat at the coffee table.

An additional benefit to drinking cascara tea is the amount of antioxidants it has. It also is low in caffeine, which is great for those of us who prefer half-caf or decaf beverages.

Want to Try it?

If you’re interested in trying out tea made from the coffee fruit, odds are a specialty coffee shop in your area is selling it. If not, you can purchase dried coffee fruit from a variety of online sources. Here at Triple Bar Coffee we’re partial to Sweet Maria’s because we often source green coffee beans from them, but you should be able to find cascara from most green coffee importers.

6 thoughts on “What the heck is cascara?”