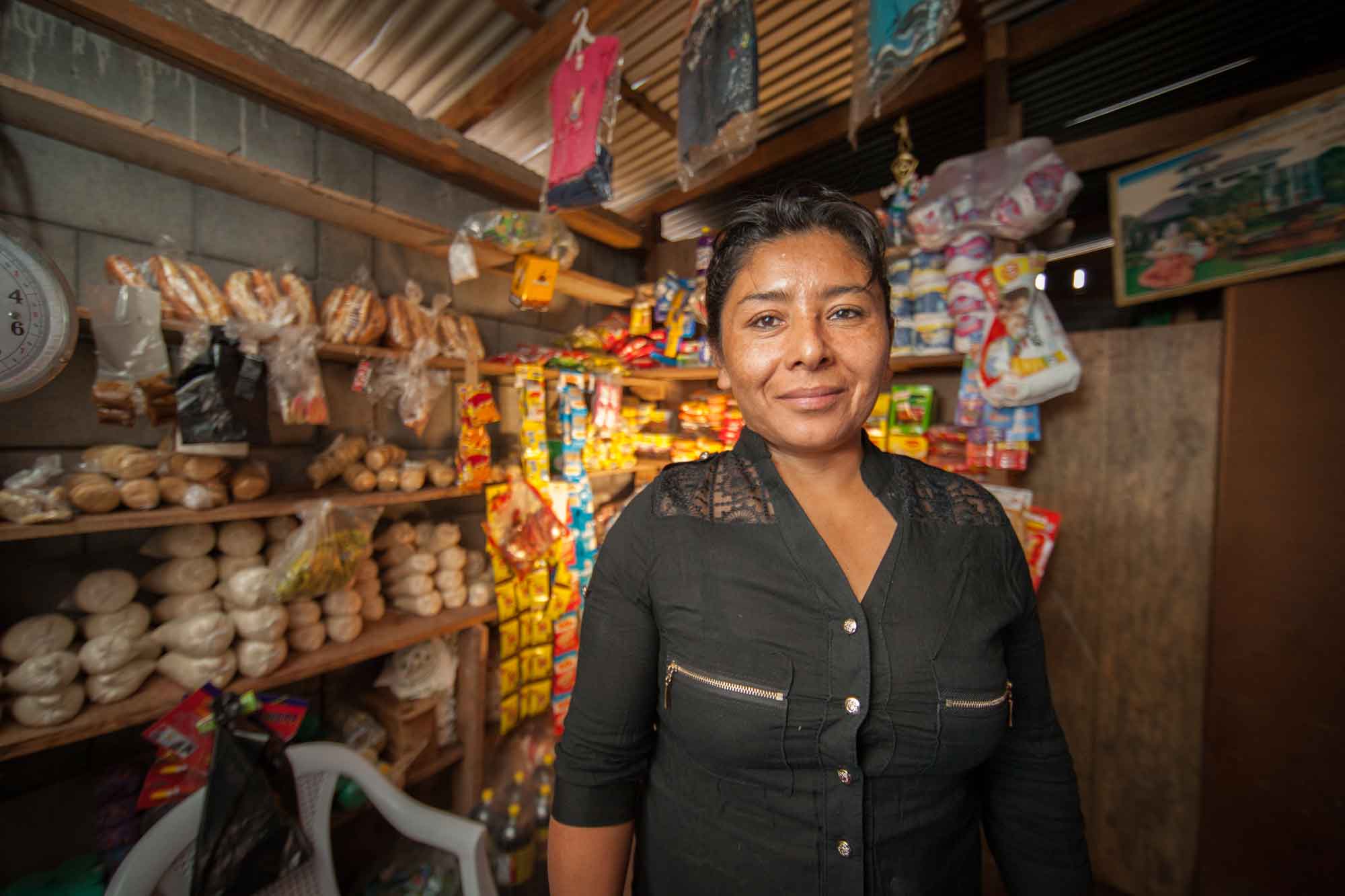 Through hard work, a hand up from Agros, and some luck Rosario Calderon Garcia brought convenience to rural Nicaragua. Read her story below.

Hard, physical work is nothing new to Rosario, 36. She joined her father in the fields of rural Nicaragua full-time at age 17. “I’ve always been a fighter,” affirms this single mother of three; ages 20, 9, and 9 months. “[Before], I worked on a farm, working the land, filling bags, harvesting coffee, cutting weeds with a machete” she adds.

It was Rosario’s father who convinced her to join Agros Tierra Nueva village in northern Matagalpa. “He told me about the project and found the way for me to become a partner as well,” she recalls. As an original partner, he saw the opportunities and the change for a brighter future for his daughter and grandchildren.

Three years ago, Rosario and her two children made the move. “I didn’t bring anything with me when I came,” she says. “Literally, the only thing I brought with me were my kids and a few personal items.”

Undeterred by the amount of physical work required, Rosario tackled the challenge that many men found difficult. “Together with my kids, we started working the land,” she explains.

They were blessed with a bountiful bean harvest the first year. Instead of simply squirreling away her sacks of beans, she sold most of them and invested some of the money in livestock. The rest of the income she saved and used to pay others to do her community work for her, giving her more time to dedicate to her children and her crops.

A year and a half ago Rosario decided to take another risk. “There were no stores around here,” she recalls. “People had to go a long way away to buy anything.” To meet their needs and provide an additional stream of income, Rosario decided to start a small store, which she runs from her home.

Today, she has a much wider selection of products for sale to those working to build a life in rural Nicaragua. Nevertheless, she dreams of growing her store even more to include items like shoes and clothes. She uses the income from the store to pay others to work her fields for her, giving her more time to spend with her youngest child, who is just 9 months old.

The store, which continues to be the only one in the community, is a win-win for all. “Now, people don’t have to go far away,” says Rosario, explaining how she stocks things her fellow partners need most, saving them the transportation costs associated with buying them outside of the community. “They help me and I help them,” she adds.Her store, however, is not Rosario’s only hope for the future. She is hedging her bets on future coffee harvests. “I am trying to fill my land with coffee plants,” she says, knowing that coffee often produces a higher return than other traditional crops like corn and beans. “Right now I have 5,000 plants in my greenhouse that I am going to transplant into the ground,” she says with a smile.

Like many partners in Tierra Nueva, Rosario never would have dared to try to plant coffee without the technical and physical support of Agros agricultural staff. “Agros has helped us a lot,” she says. “They have helped us with the materials, helped us know how to have better harvests,” she explains. “Through their technical support, we have had better harvests and more earnings,” she added.

Five years ago, Rosario never would have imagined she and her family would be in such positive circumstances. “We have a house, we have water and we have ecological toilets,” she says. “Before we came here, we didn’t have these things, I never thought I would have a place like this,” she adds with a smile.